On 1 December the Maunga Authrority agreed in principle to extend a 2011 ban on buses driving to the summit of Maungawhau to all vehicles.

FoM believes that cars should be banned from the summit for two main reasons: firstly, so that the cultural landscape is preserved; and, secondly, for reasons of safety and enjoyment. 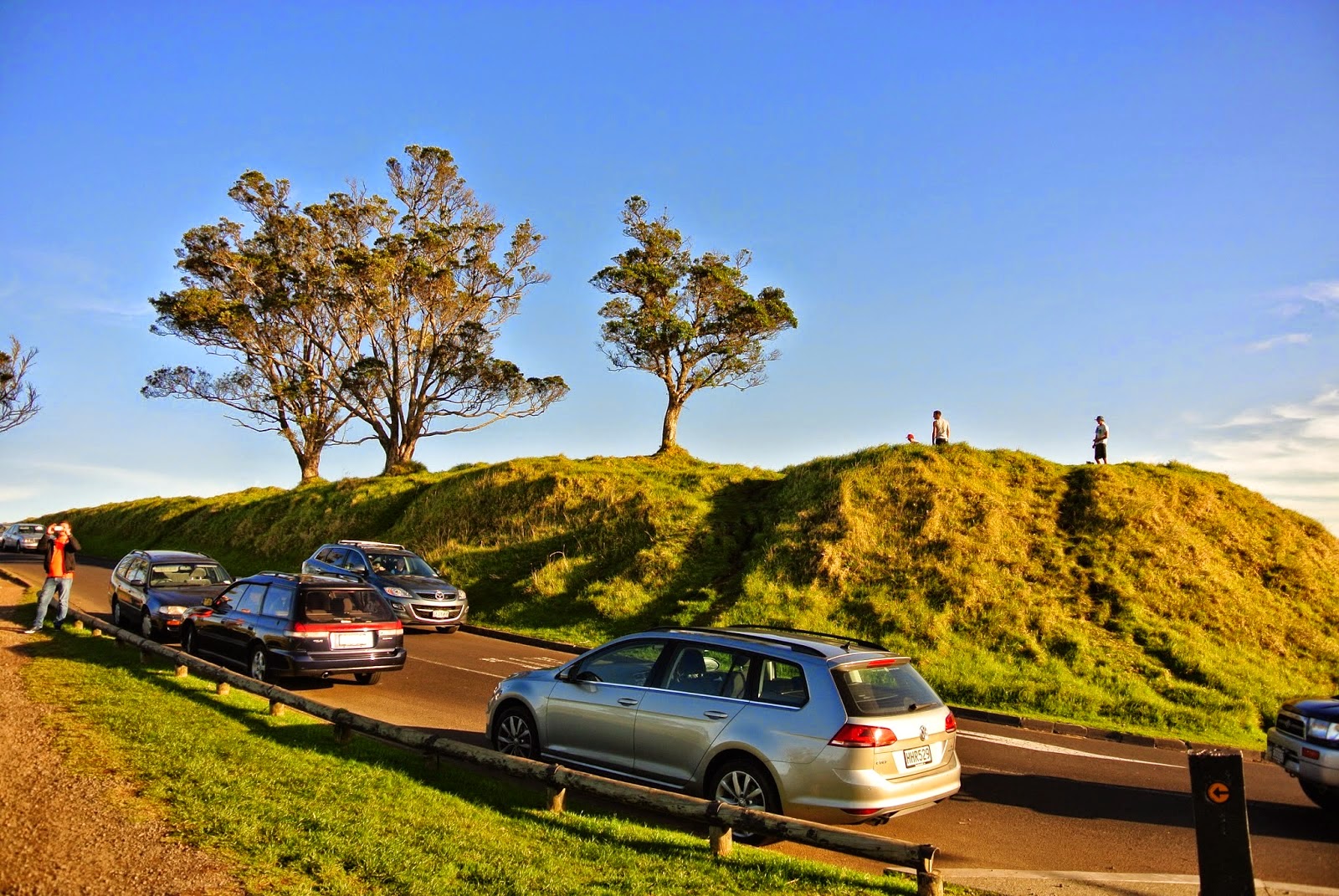 The existing road was never built for the traffic loads that it now carries. The summit, instead of being a place of quiet to contemplate the superb views out to the twin harbours and beyond, is full of noise and polluting cars.

The congestion creates safety issues. People on foot have to negotiate the summit area as cars move in and reverse out of parking spaces. Without cars the summit will be a much safer place for all to enjoy. The ability to drive up to the summit encourages anti-social and criminal behaviour which deters those who want to enjoy the views and beautiful space that is the maunga.

As said so well by the editor of the Travel section of the NZ Herald on 9 December 2014 (see below), the issue is parks, not car parks.

Maungawhau is one of Auckland's iconic volcanic cones. They are considered worthy of World Heritage status, but are not treated with the respect they deserve. Other places of historical and cultural importance do not have car parks plonked on top. Why should Maungawhau?

A final decision on the proposed car ban will be taken at the April 2015 meeting of the Maunga Authority. Access for those with restricted mobility will be part of the decision and implementation process.


We invite you to read the following letters and opinion pieces from the media and FoM members. 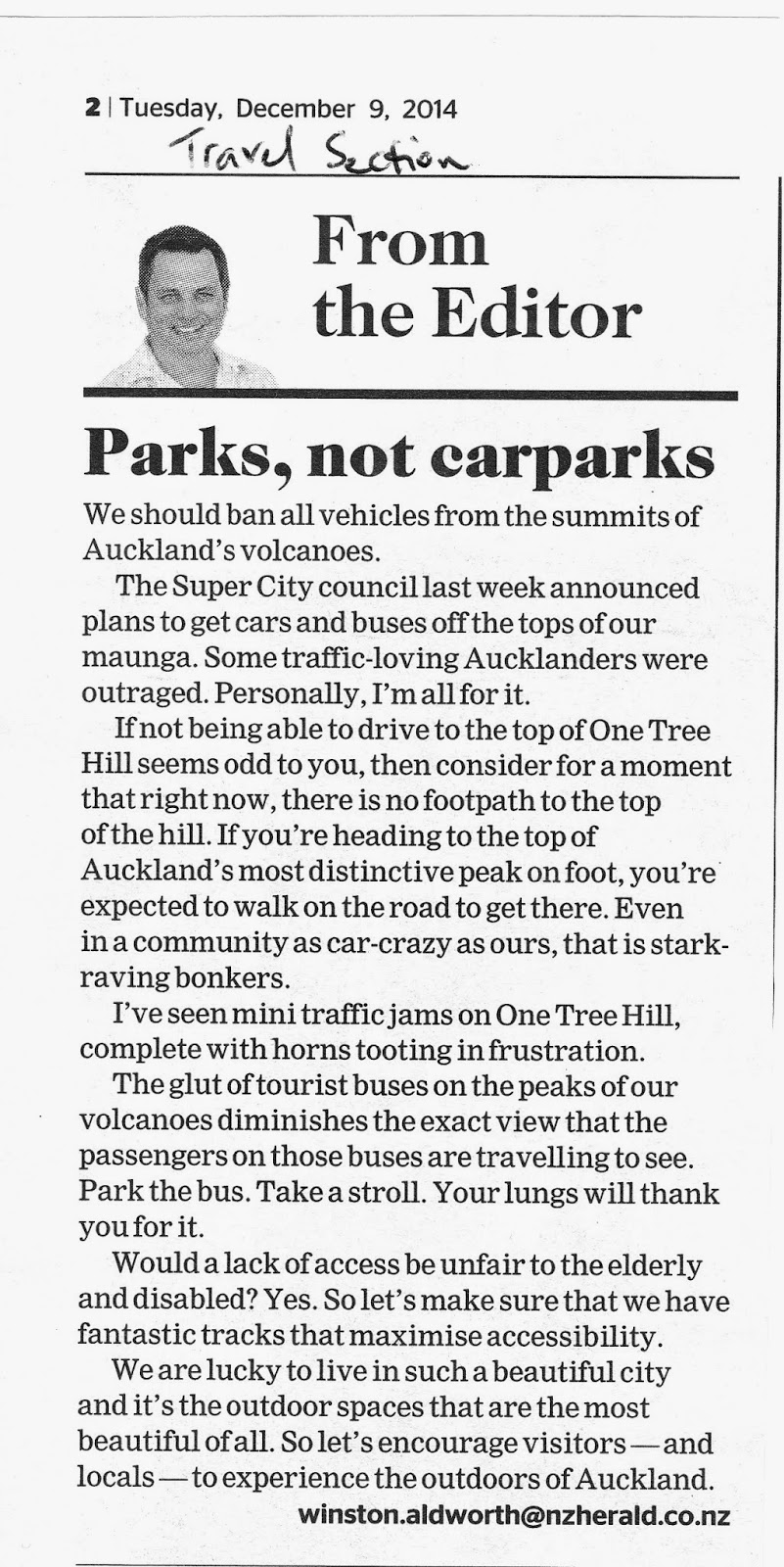 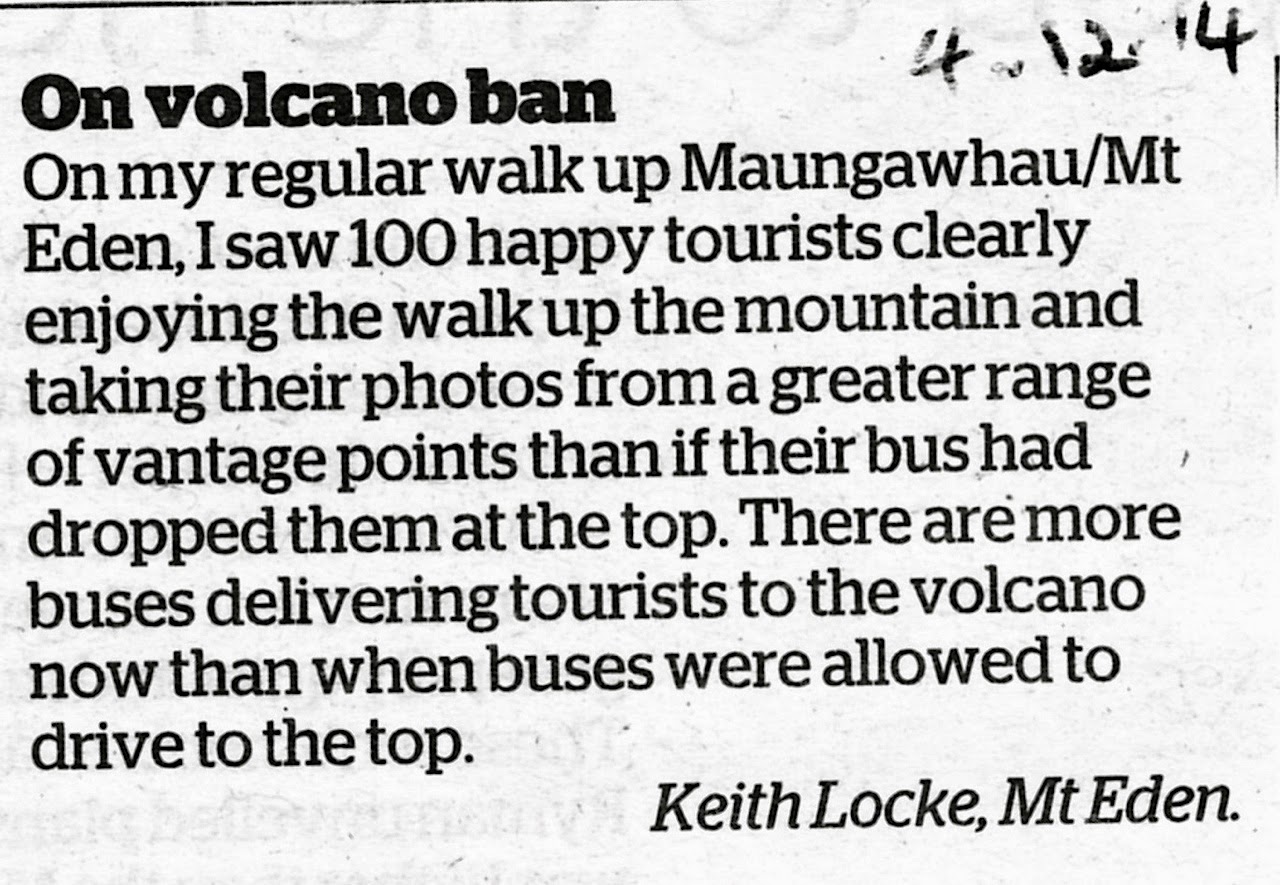 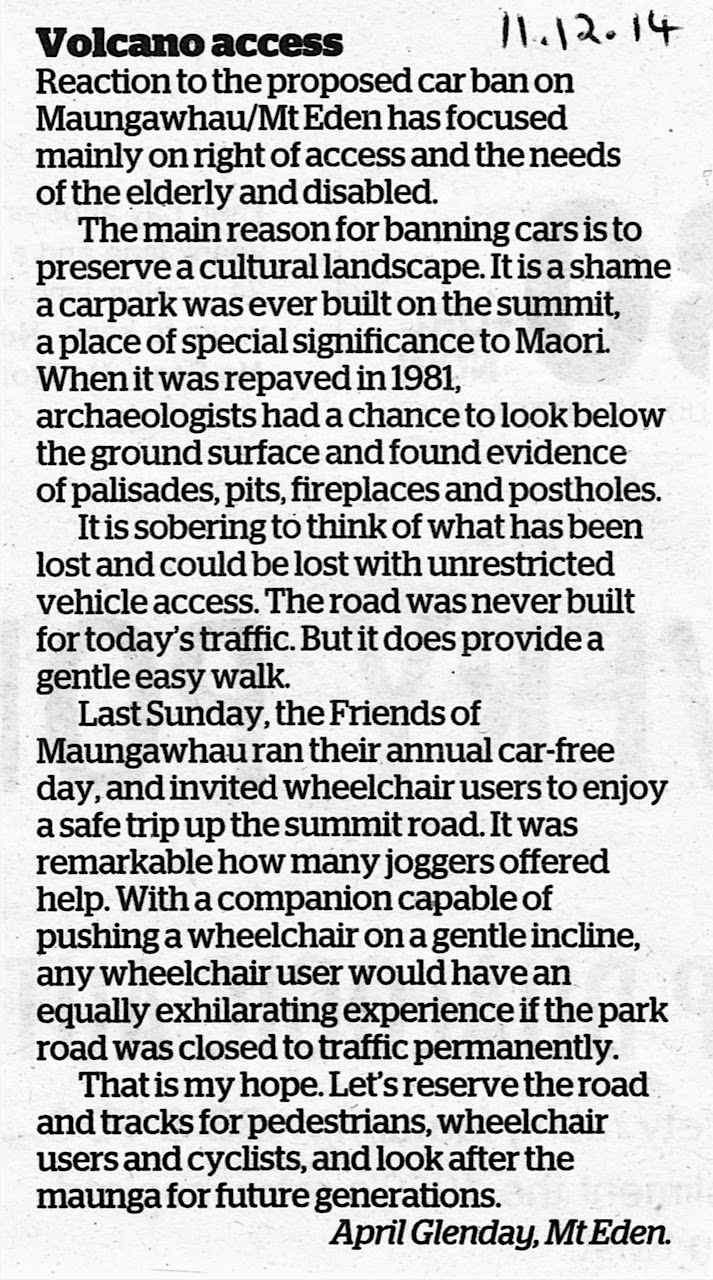